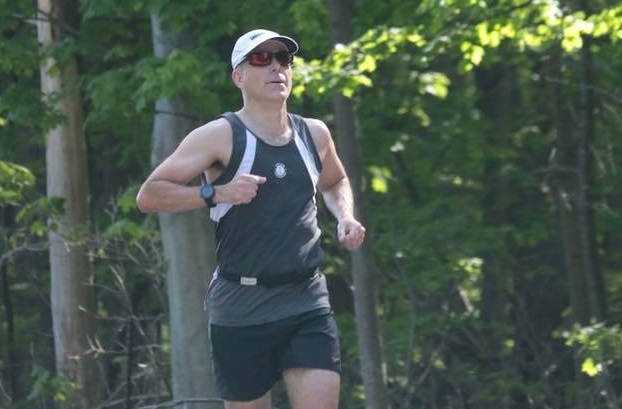 As I wrote earlier this week, Skip Schott learned a difficult lesson – always wear your bib facing forward. During Skip’s Bayshore Marathon run, he had his bib attached to a bib belt. The bib was situated behind him. This mistake likely resulted in Skip not registering a start time (or a 16 mile split). His net time defaulted to his gun time, and as a result, he missed out on being accepted into The 2019 Boston Marathon by less than 3 seconds.

After I wrote the initial article, Trevor Step of RF Timing reached out to me and explained that the race recognizes gun times for all participants – a fact that is prominently displayed on the results page.

“The official Bayshore finish time is the ‘gun’ time even if ‘chip’ scoring is used.”

I realize this is a hot button issue, but the fact remains that the Bayshore is a footrace and in a footrace the first person to cross the finish line wins.  I cannot fathom using a different standard for money and then another for medals.  For money and records it is quite common if not standard for races to use gun time.  The spirit of competition is lost on chip time.  I will not deny someone who races the event and out runs or out kicks a competitor their just medal if the person they beat started slightly behind them at the start.

Trevor further reiterated that, at the time, they had not received GPS data from Skip, and would not have been comfortable making an adjustment to his net time solely based on GPS data – citing that the time of day could be inaccurate. This was a valid point. Trevor concurred that the missed reads were likely a result of the improper bib placement.

While the race recognizes gun time for their official results, chip (or net) times are submitted to the BAA.

I understood Trevor’s, and many of my readers’ point of contention that to adjust Skip’s time without more definitive evidence would be akin to ‘making up a time’. While I felt the evidence I presented in the initial article was strong – I needed to prove that the underlying time of day data, that was the key to The Strava evidence, was accurate.

To prove the accuracy of Skip’s GPS data, I looked at the underlying Strava data at for the turnaround point – at 13.1 miles.

Looking at the race results (which show gun time) the Flyby data is corroborated.

The official split times align with Skip’s (and the other runners’) Strava data, and proves definitively that Skip’s GPS data was accurate, and that the previously calculated 30 second start time differential was correct.

As explained in the initial article, I determined his start time by matching his track to another runner on Strava. The differential aligns with the start times of two friends that Skip says he began the race with.

After being presented with the evidence, and looking at their own data, Trevor reached the same conclusion – that Skip’s actual start time was 30 seconds after the gun sounded. His net time was adjusted from 3:25:10 to 3:24:40.

Skip forwarded me the email he received from the timer:

I had a chance to discuss your email with the the race director for Bayshore today. I was provided some additional information about your inquiry and all parties agreed on the reasons your start chip was missed an an appropriate action. Based on this agreement, we’ve submitted an adjusted net time to BAA. Qualifying for Boston is an amazing accomplishment. It’s heartbreaking to hear of those that put their all into accomplishing that goal and fall short by this little. I hope that the BAA accepts your entry.

Trevor told me that they emailed the BAA directly, and I followed up with my contact as well. I am optimistic that they will accept Skip into The 2019 Boston Marathon.

I am not an expert on the technology in bib chips, so I will not attempt to explain the technology in detail – as I will likely get something wrong. But, I do know that improper placement of bibs can result in missed reads. ALWAYS keep your bib uncovered on your outermost layer and wear on the front of your shirt. Not only does this help reduced missed reads, but it will lead to you being identifiable in photographs and video.

Some have argued that Skip broke the rules and his time should not be adjusted or even that he should be disqualified. My response is that disqualification or refusal to adjust his time would have been extremely selective and punitive. Skip ran the race honestly, and gained no advantage. He made a mistake. If he were to be disqualified for wearing his bib improperly, it would be necessary to disqualify all runners that wore their bibs in this manner.