Registration has closed for The 2017 Boston Marathon, and those that have been accepted have been notified. 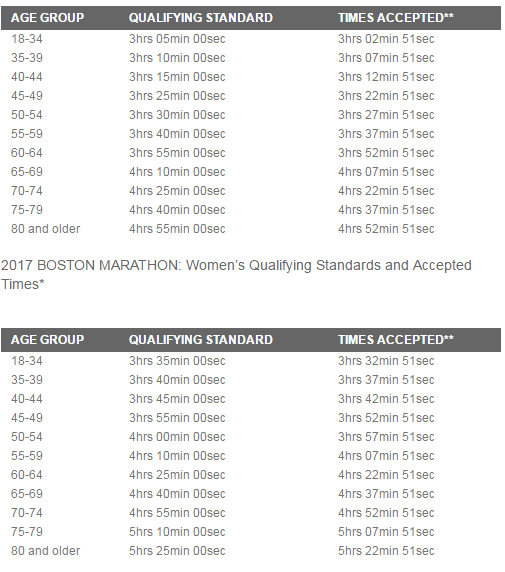 Boston accepted all applicants that ran 2 minutes and 9 seconds under their qualifying time, leaving scores of runners that met the qualifying standard on the outside looking in.

I received the below email from a runner that was accepted. 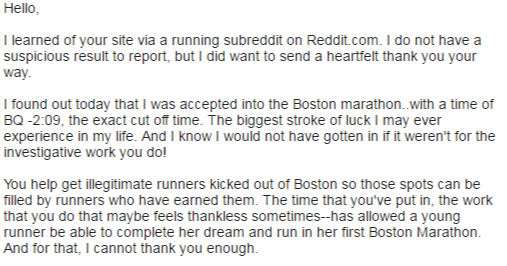 However, there were a handful of runners that registered for Boston 2017 that were disqualified as a result of tips that were sent to me, as well as from results of prior investigations. There were also additional disqualifications that were issued throughout 2016 that wiped out invalid Boston Qualifying times.

I shared this to show why I am as passionate about this as I am. While the cases of cheating get the attention, the reason I care as much as I do is because of the affect that cheating has on legitimate qualifiers.