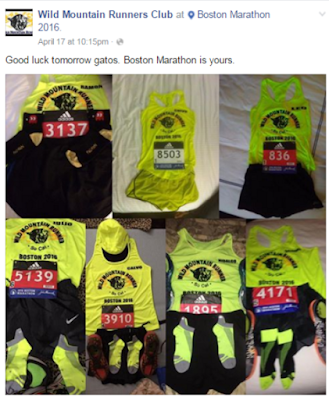 3 of the bib #s in the picture were very high on the list as it is currently prioritized. None of the others were marked for review.

The next step was to confirm their qualifying marathons through their photos. Below are their photos for each of the qualifiers.

A single runner ran qualifying times for 3 different group members. It is also worth noting that the qualifying time for Boston bib #5139 was an age group win in the 55-59 year old group.

The runner that ran the qualifying races has been identified.

There are also instances within this group where BQ’s were earned illegitimately for prior years.

I also hope this is a good example of why I flag the results in the way I do. I know that not all flagged runners cheated. This is just the best way to limit the # of results to check. The theory is that those that cheat are not capable to run BQ times on their own – so we look at those that run significantly slower in Boston than the BQ to at least identify those runners.

Please consider a contribution to help support the site. Choose an amount from the drop down menu below to make a one time contribution.