Home Uncategorized Update on Ryan Lee – London Marathon Investigation
Facebook
Twitter
Google+
Pinterest
WhatsApp
There are a couple of quick updates to the Ryan Lee story. I wanted everyone to know that I am still pushing, and that the marathon is still investigating.

Article this morning on This Local London Website Regarding The Evidence

American blogger Derek Murphy says he has ‘irrefutable’ proof that Poplar teen Ryan Lee didn’t cheat in London marathon
The reporter does a good job summarizing the evidence and stating my position regarding Ryan’s results.
She also reported that the London Marathon is still investigating, and will not comment until the investigation is complete.
I take this as positive news. It shows, in my opinion, that they have moved past requiring Ryan to run a 5k or 10k to prove his abilities, and are looking into the real issues.
If that is indeed a photo of Ryan Lee, then he is clearly should be vindicated. The only stretch in question is the first 10k, and the photo would seem to prove that there was an error in the timing during that stretch – beginning at the start line.

The last thing I feel that I have not gone into enough detail on is proving that the photo on the course is indeed Ryan. That would really be the only reasonable rebuttal to the evidence. 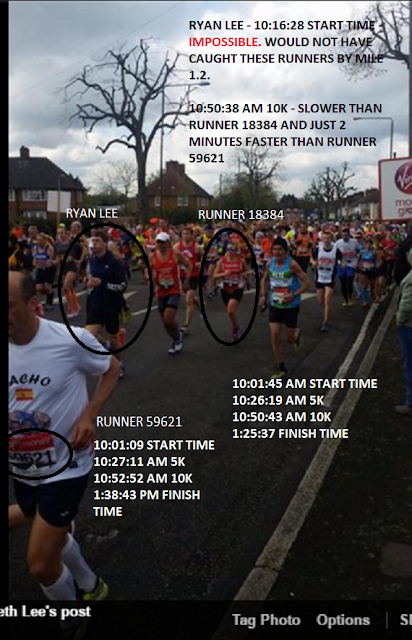 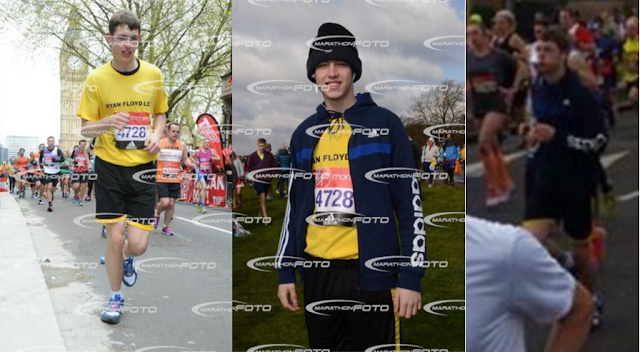 The first two photos were taken from the official photo website. The last was the photo that was taken by a spectator, that was sent to Ryan’s mother after she first made her public plea to look for photos of Ryan. Below are the key points that I believe prove that the photo on the right is Ryan.
There is not a single discrepancy that I can find between the photos that would lead anyone to seriously doubt that the runner in the last photo is not the same person as those in the official photos.