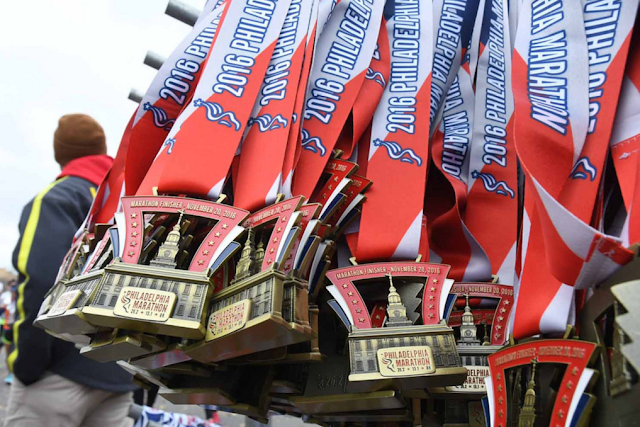 I was first made aware of “Linda” and her husband a couple of months ago.  It did appear that her husband had carried her bib in some races, but I didn’t see the motivation. There was no Boston Qualifying time, so I set aside the information with intentions of monitoring future races.

Fast forward a few weeks, and I was digging deep into The Philadelphia Marathon for a story.

When the results came in from Philadelphia, I did find about a dozen of obvious course cutters with Boston qualifying times. As I was going through each runner in more detail, I was pleasantly surprised to see most were already removed from the official results.

It took some effort to find contact information for Linda, but I emailed her on Wednesday morning. Initially I got no response.  After one more attempt she responded and we agreed to talk Thursday morning. Had she not responded, this would have been more of the standard article, full of race photos and detailed analysis.

It was clear early in our initial conversation that she was shaken due to my contacting her and the prospect of being ‘outed’. She shared some very intimate details about her life and how running had an impact. I decided during our conversation that I would not post anything that could be used to identify her. Maybe I was being played, but I didn’t think so. Over the past year or so, I think I’ve learned to discern from someone that will say anything to me to keep me from writing an article, to someone who truly regrets their actions.

I let Linda know early the next morning that I would not post anything that would compromise her identity. I also let her know that I wanted to write a different type of article.  I asked if she would write her story so that others could understand what may lead someone to cheat. Linda was under no obligation or pressure to cooperate. I made it clear that her participation in this story was in no way a condition of my protecting her anonymity.

“Running, as for most people, has always been a form of therapy for me. In high school and college, running was my meditation and escape from life’s pressures. As I would sweat, I could feel the tension releasing from my body. I had suffered from an eating disorder since I was 12 years old, so running was always my excuse why I couldn’t have dinner with my family or roommates. Running was cathartic.

Then real life happened….working long hours, getting married and having children forced me to give up running. I rediscovered running after having children and gaining a lot of weight. My inner demons manifested again. Once again running became my protector from my nemesis the eating disorder. Through running, I was able to regain my life, overcome my eating disorder and I realized being a strong healthy weight actually helped my running. I would and could run for hours to escape life, my insecurities and lack of self-worth. Running made me feel relevant, worthy, successful and proud. I was able to accomplish the amazing feat of completing marathons at a good and respectable time.

However, inevitably, as my years went up so did my pace and injuries. All my demons resurfaced and reared their ugly heads. I did everything to regain my running abilities of the younger and more accomplished me. I would run through injuries never taking a day off.”

Linda shared with me that a Facebook “friend” had made a negative comment regarding a ‘slow’ result Linda had posted.

“Yes, that was the catalyst for the untimed races. I was devastated, I immediately removed the comment, then shortly thereafter the entire post. I vowed I’d never run a race again and then I had the epiphany to remove the bib tag or shoe chip going forward. That was the perfect solution. I would still be paying a race registration fee for a legit bib and not being a bandit yet running with the freedom of not being stalked as all times are posted for anyone to view and judge. I was never easy on myself and pushed every race but I wasn’t completely demoralized when I didn’t have a great race knowing I wouldn’t be ridiculed again.  The perfect scenario to still do what I love.”
I find this incredibly sad. She ran Boston one time only (I do believe she legitimately qualified), and she does not appear in the results. She ran it untimed. She felt shamed to the point that she will never officially be recognized as a Boston finisher.
Eventually running untimed was not enough. According to Linda, the practice of her husband running with her bib started innocently.  This would later escalate.
“My husband carrying my chip started out by a very innocent accident. We inadvertently got our bibs mixed up. I pulled off the chip on the bib I thought was mine (but actually his bib) and he ran with my bib with the chip fully intact. We didn’t realized the mistake until he looked up his results and couldn’t find his name but found mine.

“The second time was obviously not an accident, but more a mutual unspoken ‘this is the last time’.  We never really spoke about it as out of sight out of mind. We were able to compartmentalize it because we were so ashamed yet convinced that we weren’t hurting anyone but ourselves.”
Often I would run untimed, but my husband would also occasionally run with my chip because he saw what it did to my self-esteem and motivation to get back to my old running self to truly earn the time/pace. I wanted to be worthy of the results he ran for me.
It was always just the two of us. We were so embarrassed although we convinced ourselves that it was a victimless crime and not really cheating since we both paid registration fees for every race, I always started/finished every single race and never financially gained from our manipulation. “

In addition to her husband running with her bib, Linda posted these results to social media in an apparent attempt to receive the validation that she did not feel when she posted slower times.

By the time I first reached out to Linda, I knew all about the races she cheated at (at least the major ones). I had an article all ready to go detailing how I figured her real times, including the finish line photos that showed her crossing the mat 45 minutes after her chip did. All the evidence that was needed to prove she cheated. Linda immediately opened up about her personal challenges, but it was very difficult for her to initially admit to the cheating. Once she did, however, I could immediately tell that she felt a great sense of relief.

This is not the only time I have seen people exaggerating accomplishments with the only apparent motive to post the result on Facebook or Instagram to impress friends and followers.
The difference with Linda and these two is that Linda is adamant that she has completed every race she is credited with.
After our conversation, Linda has been working to ‘right the wrongs’. She has begun the process of contacting races to have the results removed where her husband carried her chip. Her Boston qualifying time at Philadelphia will be stricken. Any age group awards will be forwarded to the rightful owners. I am working with her to help her through this process.
I asked Linda to put into her words her feelings from the past few days…
Over the past several days I’ve been overwhelmed with a variety of emotions. Embarrassment, regret, extreme self-loathing, self-examination, guilt, sadness yet a sense of relief and hope. Although I felt most of these the entire time and not just because I got caught. My self worth is not contingent on race time. I have vowed to myself to be proud of my accomplishments on their own merit. I also hope that my poor judgement and lack of self worth will help other runners realize that their performance does not define them as a runner, but what does is their dedication, perseverance and integrity.

I believe her, She did not have to open up to me in the way she did. I agreed to keep her completely anonymous before she agreed to be interviewed for this article,  I am certain that they will not try to pull this off again.

I do look forward to seeing her run a race ‘timed’ and proudly post of her result, no matter how slow or how fast she runs.

“Linda’s” story was highlighted as part of a story on SUNDAY TODAY.