Below is the Rock N’ Roll Arizona course map.

There are mats at 10k, 13.1 miles, and 20 miles. There are no published mats on the out and back section that covers about 7 miles. Multiple runners have confirmed that they do not recall a timing mat on this section, With the lack of a published mat on this stretch, it makes it very difficult to determine those that cut the course with 100% certainty.
There were quite a few missed mats, but only a handful of those had seemingly impossible splits. Looking at the map, the only real opportunity to cut the course is on the out and back portion from mile 13 to 20.
Instead of starting with missed mats, I started by comparing the Boston qualifying runners splits – looking for runners that had the fastest splits between 13.1 and 20 relative to their overall performance.
Total Finishers: 2334
Total Boston Qualifiers: 196
Since my initial sample was relatively small (196 Boston Qualifiers), I first started by filtering all runners that ran the section of 13.1 to 20 faster than their first 10k pace and  faster than their overall pace.

37 Boston qualifying runners ran this split faster than both the first split and their overall pace. I went through photos and analyzed the splits for these. There was one true outlier in this group. It is worth noting that it would have definitely been possible for the others to have cut this section  and go undetected – without a mat being missed..if they registered fairly even splits, 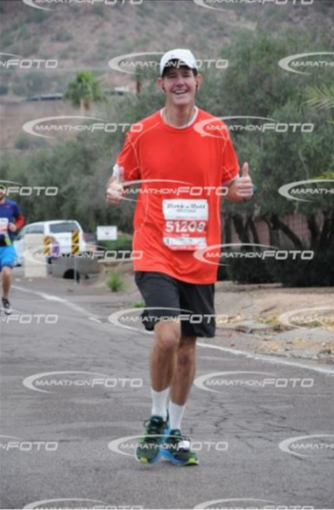 The splits that he seemingly registered outside of the out and back area after the 1st 10k are paces that are faster than his historical races would predict. This runner is a great example as to why there should be a mat at the furthest point.His result jumped out because you simply do not often see a runner starting the 1st 10k at a pace 1:30 minutes slower than what they run for the next 20 miles.

If anyone has any specific experience or witnessed anything in regards to this runner, contact the RNR Marathon or you can email me, and I will pass the information along.
Additionally, there were a few  runners with missed splits and Boston Qualifying times. This runner missed all the mats and is still in the official results.
53 Year old Male  – Boston Qualifier 3:27:36.  UPDATE – DISQUALIFIED 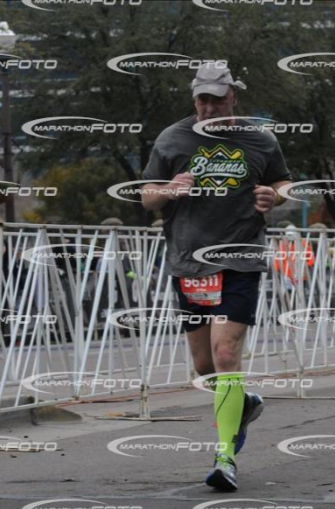 This runner has a suspicious race history as well.
In 2014, he missed all the splits except for the 24 mile mat in Baltimore on the way to a 3:35:36. Most other marathons are over 6 hours.
Lastly, I feel compelled to mention that two of the most prolific course cutters showed up at RNR Arizona.
JEFF DONNELLY 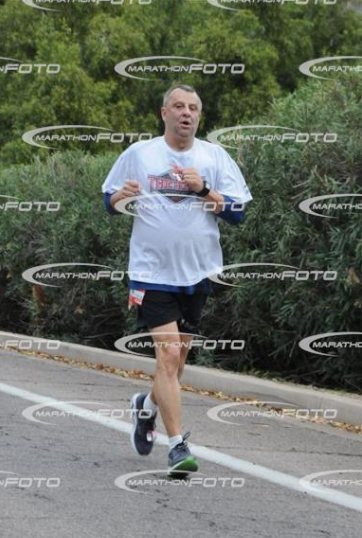 Jeff did not appear in any official photos, but I stumbled onto a photo of him when looking for the first runner I profiled. Jeff ran a 4:44:12, but missed the 13.1 mat. This would indicate that he just skipped the entire out and back section..despite that, I managed to find him in more photos than the first runner.
Couple Cuts Courses and Forges Bib to Run Boston Marathon
RICHARD PERZA
Richard only registered at the 20 mile mat. He hit this mat at 2:56:32,  He finished in 4:54:36. At least he is not registering age group wins and Boston qualifying times in his last couple of efforts.
Serial Cheater Wins Age Group in Cleveland
IN SUMMARY
There were only a handful of runners that I can pick out as obvious course cutters. With the absence of a mat on the easiest to cut portions, there very well could have been a runner that cut a mile or 2 to get their BQ. 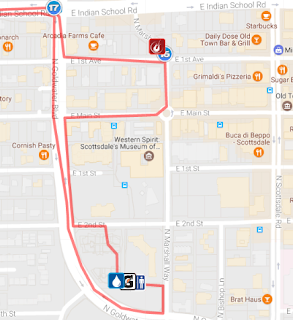 You can see from the above map, where there is not only the opportunity to cut the entire portion after the 1/2 mat..but there are multiple opportunities to cut smaller chunks off of the course if you only needed to gain a few minutes.