I’ve been back and forth on the disqualification of Ryan Lee.

See below for the link to the article I wrote yesterday. Initially it seemed the video evidence was confirmation that Ryan Lee cut the course. Based on the timing and location of video he was identified in, it would put him at that location earlier than possible had he legitimately run the first 10k of the marathon.

Then this photo came to my attention..

Someone sent this photo to Ryan’s mom, who shared it on Facebook. She says it was taken on Charlton Park Way. Commentors on my prior article stated that it was at Charlton Park and Hornfair. Through the magic of Google Street View, I believe I have confirmed this. 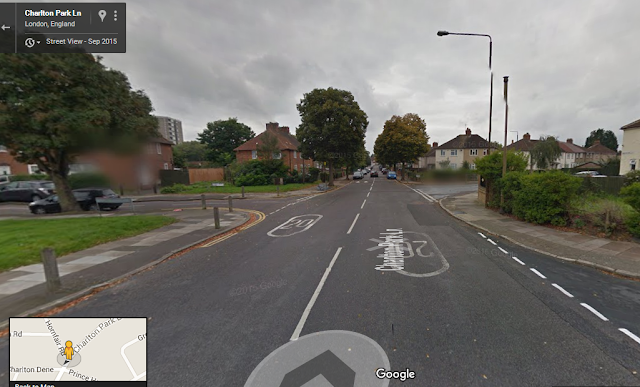 Key to this photo evidence is  runner # 59621 in the foreground.
This runner started the race at 10:01 am, and the photo was taken at approximately mile 1.2.

If these runners actually started 15 and 1/2 minutes apart, it would be physically impossible that Ryan would have caught him by mile 1.2.

Runner 59621 would have been past mile 1.2 before Ryan even started.
The only reasonable conclusion is that Ryan crossed the start prior to 10:16 am.


Added this section for clarity:


Ryan’s official times showed that he crossed the start line 10:16:30. That is over 16 minutes after the race started. This data is inaccurate. Ryan likely crossed the start line about 1 to 2 minutes after the gun sounded.
The ‘fast’ 10k time that the marathon wants Ryan to replicate to prove he ran the marathon is based on the calculation from his alleged 16:30 minute delay. He hit the 10 kilometer point at 10:51 am. Accounting for the delayed start, the race thinks he ran the 10k in 34:10. This would be incredibly fast.
However the photo at approximately 1.2 miles into the race shows that Ryan had to have started the race much earlier. He is seen with a runner that started at 10:01. This runner hit the 5k mat at 10:27 am. It would be IMPOSSIBLE for Ryan to be near this runner if Ryan started 15 1/2 minutes after him. Ryan likely crossed the start line between 10:01 and 10:02 am. Crossing the 10k point at approximately 10:51 am, gives him a reasonable 10k time of 50 to 51 minutes