This article was originally posted in April, 2016. I am updating this because both of The Donnelly’s have registered for the 2017 Boston marathon. Presumably they are using their times from the 2015 Surfer’s Point Marathon.

9/22/16
I have received confirmation from Surfer’s Point RD that the Connelly’s are being disqualified, making their Boston entry invalid. Boston has been notified of this decision. They will be removed from the list of entries.

The first picture is damning given the nature of the course. If Jeff had run this marathon in 3:27:49 it is difficult to conceive how he would have been running with a 2:30:00 half marathon runner.

Edit: the course is an out and back for both the half and full marathon. It is implausible that a 3:27:49 marathoner would be running next to a 2-1/2 hour half marathoner.

The 2nd photo also raised suspicions during the investigation. It was confirmed that the woman in that photo is Jeff’s wife, Sheri. She is listed with an identical time as Jeff, but for the 1/2 marathon. I received confirmation that she was registered for the full, but they dropped her down to the 1/2 marathon, because her time would have been the 1st female, and they knew she didn’t win. While Jeff won his Age Group, his time was not flagged.

I started looking through their other results and photos from races. Jeff had no photos during Boston 2015, but plenty during 2014. The picture below shows him with his wife wearing bib #5855. 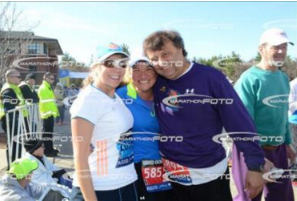 Searching the results and photos for Sheri’s time, it is revealed that Sheri did not earn that bib. In fact, she forged it. Jeff’s bib was # 5895, and the copy is bib # 5855. This would be easy to pull off having Jeff’s bib to copy. The actual runner was a 42 year old male – there were plenty of photos of him to verify that he ran the race.

Working my way back some more, we find Jeff’s qualifier for 2014 – it had to be a very fast time given the low bib #.

In 2010, he got his qualifying time at Humpy’s Classic Marathon

There are no results or splits available for this marathon.

Sheri has no official Boston results, but we know she ran it in 2014 with the forged bib.

Jeff and Sheri are both registered for the 2016 Boston Marathon. They used the 2014 Buckeye Marathon to qualify. There were no mats at this marathon for that race.

2015
They ran the half marathon Desert Classic that year, and they started 16 minutes late – no one else had that type of differential. They would have had to passed practically everyone on the course. The theory is that they started late to try to go unnoticed.

2015
Big Wildlife Run – Sheri was disqualified for course cutting. She does not show in the current results. I confirmed this disqualification with the Race Director.

2015
Surfers Point Marathon – Both of the Donnelly’s have a BQ time here which will qualify them for Boston ’17. UPDATE: They have registered for Boston ’17. Splits cannot be confirmed. However, the one oddity is that Jeff is wearing two shirts and reversed them at some point on the course. 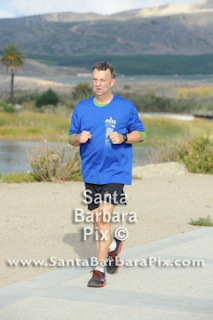 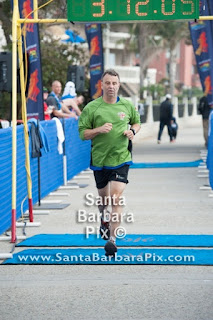 2016
I have confirmation that the Desert Classic marathon added a mat on the course. They missed this mat and were disqualified.

I have forwarded all the information on the Donnelly’s to the BAA and the other appropriate races.