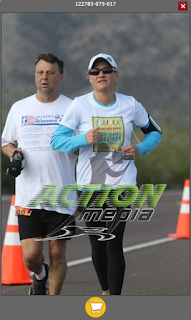 Yesterday I updated an article about Jeffrey and Sheri Donnelly. They have cheated at multiple marathons in order to qualify for Boston in the past. They had a qualifying time at the 2015 Surfer’s Point Marathon which they used to gain entry into the 2017 Boston marathon.

Couple Cuts Courses and Forges Bib to Run Boston Marathon – UPDATE – THEY ARE REGISTERED FOR THE 2017 BOSTON MARATHON
After re-posting the above article I emailed The Boston Athletic Association and the Surfer’s Point Marathon Race Director. Both quickly responded to advise that they were investigating these runners.
I am pleased to report that I received an email late last night from Surfer’s Point that after a thorough examination of the course photos, that they are disqualifying Jeffrey and Sheri. They have notified B.A.A. of their decision. This disqualification will result in the cancellation of their 2017 Boston Marathon Entries.
There have been other cases that I have not written on where I have reported runners to the qualifying marathons and B.A.A.
I will continue to review both 2016 Boston results and qualifying races for Boston ’17 to try to get any other runner’s removed from entry that have cheated at Boston in the past or cheated to gain entry for the 2017 Boston Marathon.