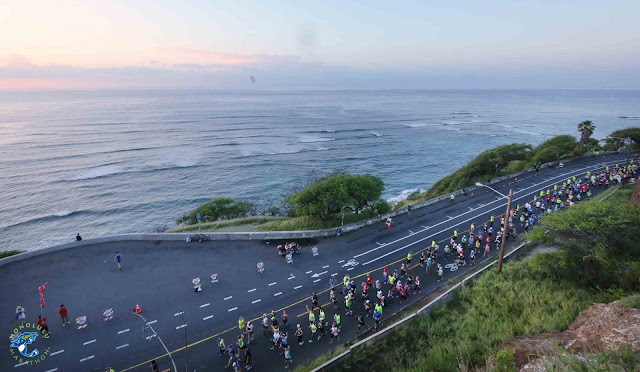 Last week, I made a post regarding course cutting at The Honolulu Marathon. The post was not meant to be a criticism of the race itself, but more of a commentary on the prevalence of course cutting in marathons. As the response to the article verified, most people aren’t aware of how many runners cut courses and still claim their medals.
It does seem that the article and resulting coverage has struck a chord. I will take the time below to expand on the findings and respond to some comments made by Honolulu Race Director Jim Barahal.
“The idea that people will not pass through timing mats is something every race deals with,” Barahal said. “The fact was our results were already reviewed by our timing team and a number of runners were disqualified based on the discrepancy in their split times had nothing to do with that website. It’s a process we do every year and so this is completely independent of anything on that website.”
“Any decision we make or don’t make has absolutely nothing to do with that website. We have no relationship with that website. We have no connection with that website and no communication with that website. We don’t support or condone that website, or use of photos or anything he does in any way.”
“It’s not an official website from some sports governing body,” Barahal said. “It seems to be one guy out there who decided this is what he’s going to do, to monitor seemingly all marathons. But it’s by no means an official website. It has no official standings, it’s not part of the sport or governing body of the sport.
–           Some Honolulu Marathon Results Questioned – Honolulu Star Advertiser
“The Honolulu Marathon is an easy course to turn around on,” said Dr. Jim Barahal, Honolulu Marathon CEO and founder. “The technology that is involved with running and these large marathons makes it nearly impossible to really cheat. You’re going to get caught.”
Timing chips with radio frequencies are embedded into every racer’s bib and their time is logged at each split — every five kilometers — when they pass over a timing mat.
Officials say it’s pretty hard to miss a mat; you’d really have to avoid it or step off the course.
–       Several Honolulu Runners Accused of Cheating – Hawaii News Now
In total there are over 400 runners that missed 3 or more timing mats with that are still listed in the results. Nearly all of these runners are still in the official results despite race officials acknowledging that it it really hard to miss a single mat. I am not saying all 400 should be automatically disqualified, but the race officials comments would lead one to believe that these runners would initially be disqualified, and then given the opportunity to appeal.   Barahal claims that their process is independent of any outside website, yet there are hundreds of other runners with similar discrepancies that I did not call out that remain in the results, while 100% of the runners I called out are disqualified.
Additionally, I did a quick review of the 2015 Marathon to see  if they did indeed catch the obvious course cutters.
Within 5 minutes I found the following result from 2015:

It was also reported that the runners that are disqualified will not be banned from future Honolulu Marathons. So if a runner wants to come to run less than 26.2 miles, grab a finisher medal for completing the full marathon, and come back and do it next year, Honolulu is accommodating.
Berahal, as the founder and CEO of the Honolulu marathon has the right to run his race his way. Banning hundreds of runners would probably cost the marathon money in future entries.  However, condoning this behavior by not banning the runners that intentionally cut the course sends the wrong message and will have an affect on entries when legitimate runners feel that a race accepts cheaters.
By allowing these results to stand and runners that are caught cutting the course to return, it will unfairly lead to people questioning everyone’s results that run the Honolulu Marathon.

Thank you everyone that supports the site. Contributions from readers is the primary means by which I pay for all costs associated with the site. Please consider a small contribution.