After the 2015 Boston Project, I have shifted much of my attention trying to identify runners that cheated their way to Boston qualifying times and identifying them BEFORE they have the opportunity to run Boston.

Below are a few examples that I have written about previously. There are otheres that have been DQ’d, and hopefully more that have been deterred from attempting to cheat after being caught previously.
The Donnelly’s have been removed from 2017 Boston registration list.
This Doctor received a DQ – no longer has a qualifying time for Boston.
Woman has male runner qualify for her – has been disqualified
Using the same logic that I have been using to identify those that cheated to qualify after they cheated to enter Boston 2015, I have begun to identify additional runners that are still registered for Boston 2017.
In a nutshell, I have a list of all 2017 registrants for Boston. I am cross referencing these runners against a database of marathon results from the past 3 years. I am looking for outliers in their results – a qualifying time that is outside what you would expect looking at their history of race results. For example, if someone has multiple 5 hour marathons, and one 3 hour marathon that they used to enter Boston, that will raise a red flag and I will dig deeper. I have identified multiple runners through this process.
Here is one example of a runner I identified. I will be writing about others in the coming days. As you can see, this runner is not female. This is the only time that this runner could have used to qualify for Boston.
Below is her recent race history.

I also noticed that the 2016 LA Marathon was much faster than her typical 6:30:00 Marathon times. Here is a photo from that marathon. I thought that this runner looks younger than 42. 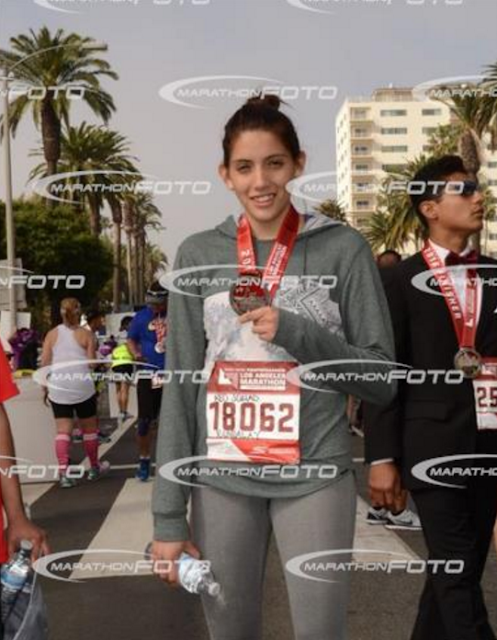 Pulling the 2015 LA Marathon photos, I found a picture of the woman that appears to be the actual runner along with what may be the runner that qualified for her in San Francisco. 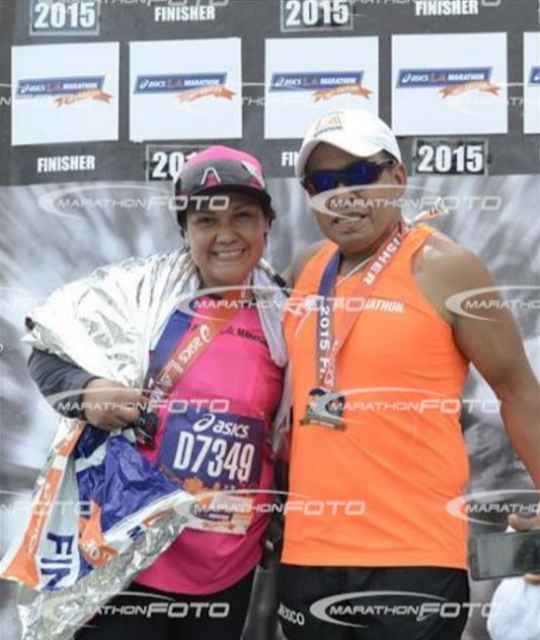 An additional photo from the 2016 LA Marathon shows all three of the runners. 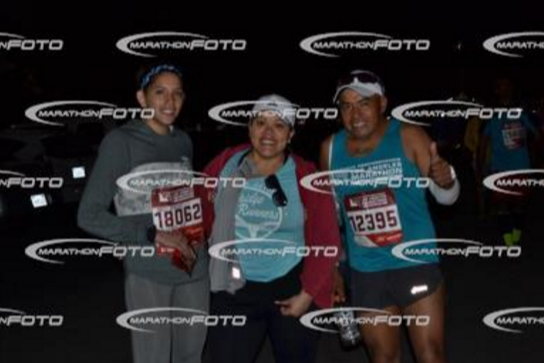 Runner 12395 ran the 2016 LA Marathon in a time of 3:23:21. Comparing photos, I am 100% certain that he is the runner that ran a qualifying time for this woman at the 2016 San Francisco Marathon.
I am notifying the San Franciso Marathon and Boston Marathons of my findings.