On May 24, I posted two articles detailing detailing the male and female record holders for most marathons in a calendar year.

There are multiple questions regarding both Parvaneh’s and Larry’s results that were detailed in the articles above. Many of these questions stem from both of their inclusion in multiple “I Ran Marathon” events – events that Parvaneh owns and manages.

Since the original articles, some very interesting information has come to light. 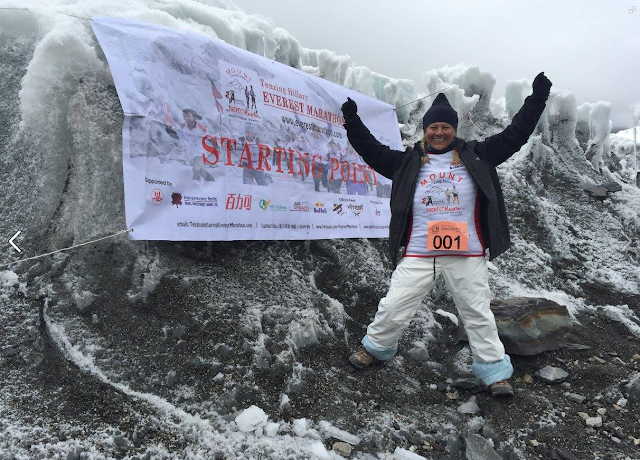 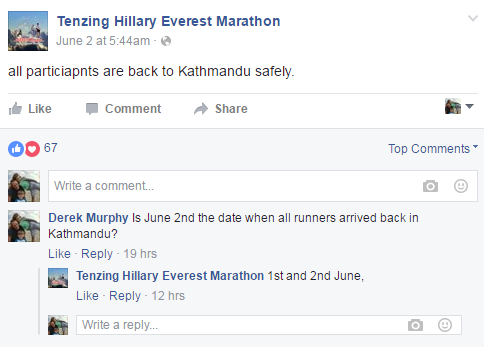 Via private message, the race confirmed to me that Parvaneh was in Kathmandu on June 1st.
Why is this important? Parvaneh appears in the I Ran Marathon results while she was in Nepal. Parvaneh had also posted as she was at the airport, which as I recall, was after June 3rd. However she deleted those posts around the same time the results of these races were posted. 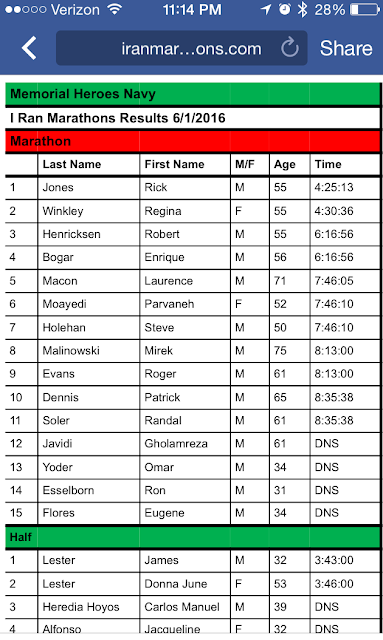 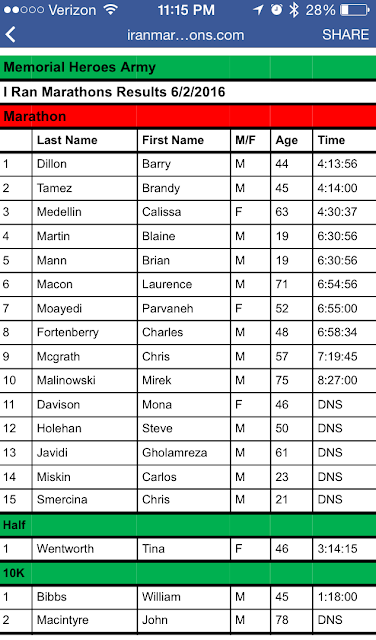 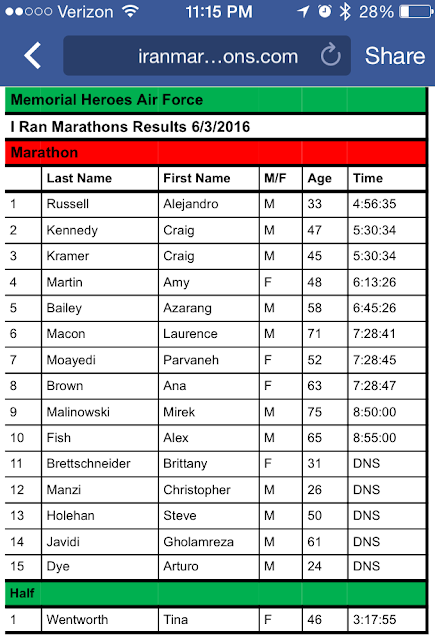 Additionally, flights from Katmandu to Austin Texas take a minimum of 34 hours. The earliest she could have possibly arrived had she left via plane the same day she trekked into Katmandu would be 10:30 PM the evening of June 2nd. Via her deleted post, I know that she did not leave Nepal until after June 1st. Making it completely impossible that she participated in the I Ran races June 1-3.

For each of these days, Parvaneh has finishing times a few seconds behind Larry Macon. It has been confirmed 100% that Parvaneh could not have been at her races on these days, and that she was put in the results without running. By extension, Larry’s results here should be scrutinized.
When you have a race director (Parvaneh) that is going after 1000 lifetime marathons and is added to races she manages, when it would be impossible that she ran, all the results for every participant should be questioned.
In my opinion, in the absence of video evidence,  any World Records that include her races should be invalidated..especially if Parvaneh or her husband were among the people that acted as witnesses.

I received an email last night that contained what is purported to be rental car receipts from trips to Los Angeles that correspond with some Charlie Alewine races. Below is one example: 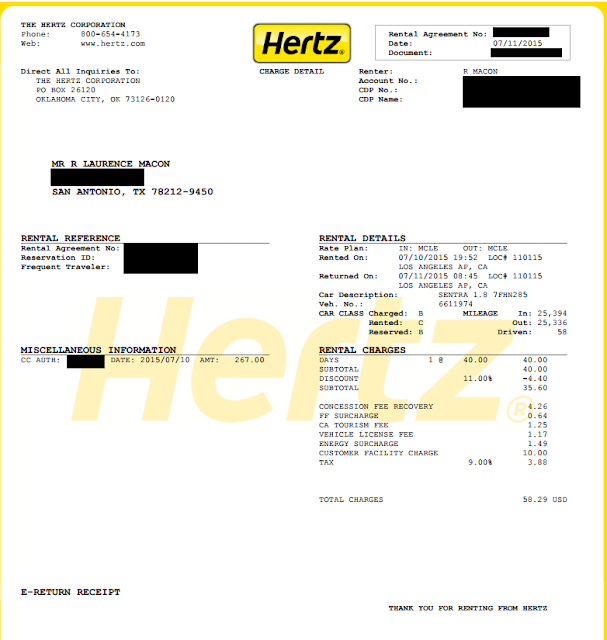 Time for Guinness to Take Action

Between the evidence presented in the previous articles, and the proof presented regarding Parvaneh’s I Ran Marathon results from June 1-3, it is time for Guinness to re-examine these records. Parvaneh is claiming that she is going to complete her 1000th marathon by the end of the year. A great many of these were run at her own events, and should not be counted towards anything resembling a World Record.
A large # of Larry’s results come from Parvaneh’s races as well as Charlie Alewine races. In my opinion, those results should be removed from the record totals for both runners.
Guinness requires runners to provide more documentation when attempting to break the record for fastest marathon dressed as a fast food item (female) than they do for the records for multiple marathons. For the multiple marathon records, the main requirement is that you have 2 witnesses validate the results.
I will be contacting Guinness with this information. If you are interested in lstting them know your opinion, you can contact them through their web form.
http://www.guinnessworldrecords.com/contact/feedback-on-a-record