There has been quite a bit of controversy regarding Rob Young’s attempted fastest crossing across America.

That has been covered on letsrun.com in excruciating detail. In the early days of the run, Rob was posting world class mileage when compared to multi-day runners. He was looking incredibly fresh, and there were some anomalies with the mileage claimed vs information posted on Facebook.

Most of those details were covered in Runner’s World.

Their explanation regarding the incident that started this thread on letsrun.com changed over time.

You can see all of Rob’s postings and explanations on his Facebook page.

Even before the letsrun thread, there was a team of ultra runners that were planning to meet up with Rob to observe his running. This team was led by Gary “Laz” Cantrell. They did meet up with him early last week. During this time of observation, Rob began to struggle. 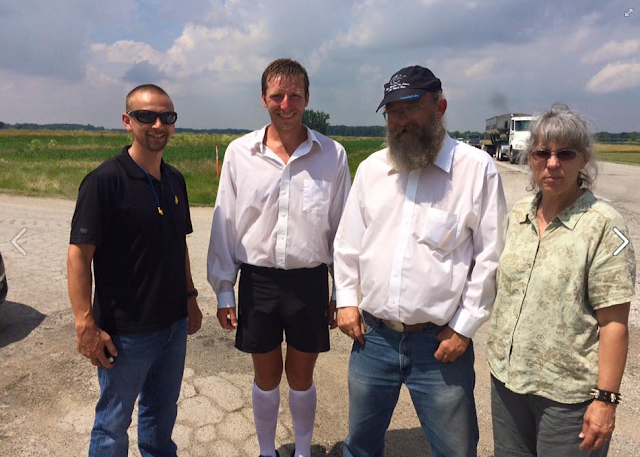 The last posting by the team on the FB page detailed injuries Rob suffered that resulted in a visit to the Hospital. 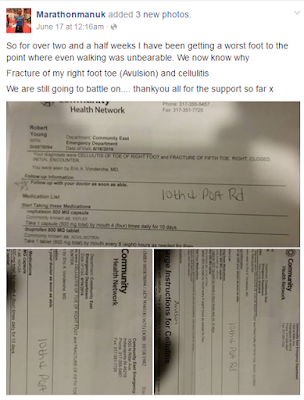 It was after this point that Laz stopped observing. For all intents and purposes, the record attempt was over . No matter what happened early on in the run, he was not going to beat the record.

Friday morning was a bit surreal. The letsrun crew was following the tracker intently as it went from an East Indianapolis Wal-Mart to an RV dealer, back to Walmart, to a UPS store, and finally to Golden Corral. At that point it would appear they turned off the tracker.

I had previously contacted Rob’s team with the intention of meeting him somewhere in Ohio. I wanted to speak to Rob myself prior to writing any potential article. On Saturday morning, they claimed that Rob was going to continue on, but that they were conceding that the record was out of reach.

As of last night. there was still no movement on the tracker, so I emailed again last night, and got the response that the run was over. Rob never ran after the visit to the hospital.

Rob will need to address the controversy at some point if he is to continue to make a life out of these types of runs. His team has said that they will release the GPS data. But most are skeptical that we will ever have access.

Laz’s observations seemed to indicate that Rob was naive and the crew was inexperienced, but that he does have some talent and an impressive ability to recover and run miles after seemingly being exhausted.

Rob’s performance under observation did not show any indication of the ability to run at the level that was logged early on in his attempt.

I will close by posting an open letter that was posted by a member of the ultralist. (Posted with Permission)

Dear Mr. Young,
Now that your USA transcon record attempt is over, I would like to share a
few thoughts with you.
Whether you know it or not, whether you understand it or not, you were given
a great gift. You just received perhaps the best introduction to and
coaching for multiday running that anyone could wish for. I’d venture that
any ultrarunner at all interested in running multidays would give
practically anything to have Gary Cantrell, Ray Kroelwicz and Bill Schultz
spend a week watching them run and giving their help and advice.
By the accounts they have shared, you are an ultrarunner with real ability,
and with real heart and determination. By their accounts, you could be
pretty good at multiday running if you showed up to some races and worked at
it. Also by their accounts though, you are not the ultrarunner you have
claimed to be. Few of us who do these things were surprised to learn that.
Your claims were incredible and they were not believed by those who know
(except for a few of the most accepting, trusting souls among us).
You were given a great gift. You also now have a great opportunity.
I do not know what demons drove you to fabricate these incredible stories of
your life. Ultrarunning is a sport liberally populated by people running
from demons though  – a great collection of misfits of one sort or another.
You have come to one of the most open and accepting communities on this
planet. You may not think so right now, after the blistering you have taken
in the past few weeks. We are tough on those who cut corners, on those who
try to claim the honor without suffering in the trenches with everyone else,
but (even now) if you simply put that behind you and show up at some races
as the regular guy that you are, run with us, suffer with us, and show us
your real heart, you will be accepted among us. Perhaps not by all, but
certainly by many. You will find support and encouragement among us, and you
will earn respect for what you have really done. Though I can only really
speak for myself, I do believe these things to be true.
My hope is that this appeals to you. By all accounts you are an extremely
nice and likeable guy, and I believe I would enjoy meeting you, and perhaps
sharing some time running in endless circles with you somewhere. I hope you
will consider giving us a try.
Yours very sincerely,
Patrick McHenry
Jamesville, NY USA