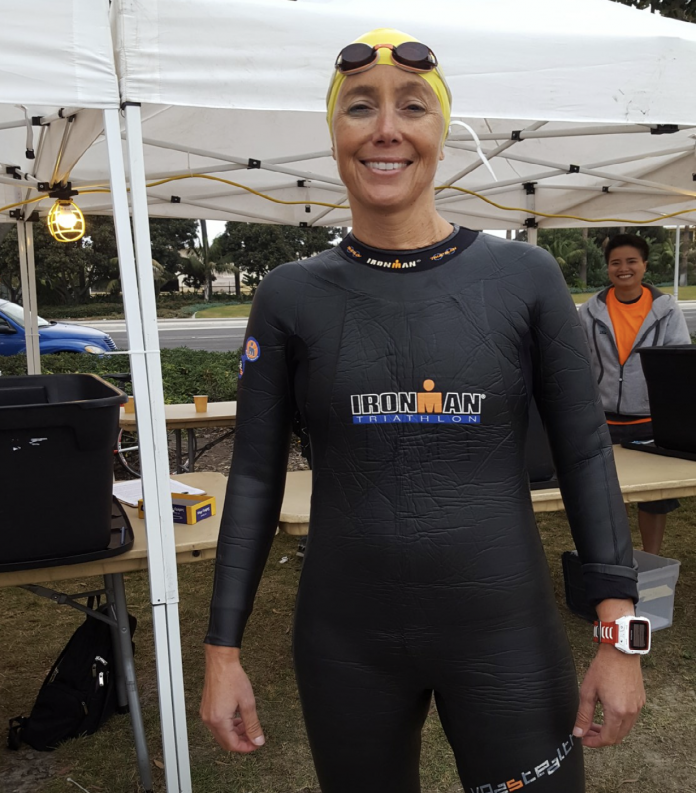 When I wrote the article on Anita Carcone, I focused on her over the top reaction to being disqualified from The San Diego International Triathlon. The story was less about the actual disqualification as it was her response.

Disqualified Triathlete Reported by “Race Buster”, Her Reaction is Shocking

Since I wrote about Anita Carcone over 5 months ago, I would receive emails out of the blue from her friend Bill. (I do not know their exact relationship).

I chose to ignore the messages. See below:

A couple weeks ago, I received an email that was purportedly from Anita.

While the tone was the same, I replied and invited her to come on the podcast. I’ve always said that I will give anyone that I profiled on the site an opportunity to respond. It just so happened that we were planning to record an episode that night and had no guest booked. Anita did not reply to my email, but co-host Scott texted the # and they agreed to come on the show.

When we called, we got Bill instead. You can click the below link to find it on iTunes or you can find it on most podcasting platforms. This post is meant to summarize the podcast. If you want to hear Bill yell for most of an hour you can listen as well.

The intent with this call was to let Anita tell the whole story. Without Anita we were left to try to learn something from Bill.

We did learn two important things:

After the emails I received and after listening to Bill for an hour, IU have no doubt that it was Bill behind these statements.

What we did not learn was what led to the editing of Anita’s Garmin data, and why suh harsh reactions to the disqualification if they now concede that she did not complete the second loop.

The next morning I received additional emails – these were much more reasonable than the communications I had prior. I believe these were from Anita.

Anita asked if I would be writing a follow up article explaining that I did not feel that she cheated. I told her I would concede that it is entirely possible that she cut the bike ride short inadvertently.

I also had some key questions regarding why the reaction to her disqualification was so harsh given the fact that she did miss a loop. I also am left wondering which statements were made by her and which ones were made by Bill. Looking back through the Facebook posts, it is easy to see the quick changes in tone and I can easily believe that the posts were a mix of Bill and Anita.

I asked these questions to Anita below and she seemed receptive.

This sounds good to me. I will answer the questions soon I am back home recovering from a tough ride earlier today😃👍

Bill did say that you were misdirected. As such, you won’t get your results back since you didn’t do the full distance – even if it was no fault of your own.

Getting misdirected does not make you a cheater. In my opinion you should just be removed from the results with no note of ‘disqualification’.

It was the aftermath of the disqualification that led to this going viral. If you answer these questions honestly, I think it can go a long way…

I ask these questions because I am looking for context.

Here is what I think happened:

I thought we were making progress and would be able to get her final statement out. However, just minutes later, I received this response:

Hey I thought u said this was over yet you still keep going I don’t get it? I thought you said there was closure on this thing?

If you don’t want to let it go, step up to the plate, call Bill and talk to him about why you want to keep this going.

It would seem that Bill hopped in to the conversation. I never did get an answer. I emailed once again just prior to making this post to offer the opportunity for Anita to respond, but received similar a similar reply.